Frozen Flames is a teamwork maze game where the 2 characters need to utilize their abilities in order to progress through the maze. The fire character has the ability to melt frozen obstacles, while the ice character has the ability to create new passages across unpassable areas. The INTENDED challenge for the game was meant to be managing a set amount of caster crystals, which you have a limited amount of and are used when you use a magic spell as a character. The goal is to pass all possible maps in the fastest time possible while utilizing teamwork and identifying the fastest and most strategic routes.

Little to no experience with coding languages and scratch. Everything in this project is handdrawn/handmade.

Challenges that were encountered during the project mostly consisted of clones/replications of existing sprites, which usually included the sprites appearing too early, too late, or in the completely wrong area. 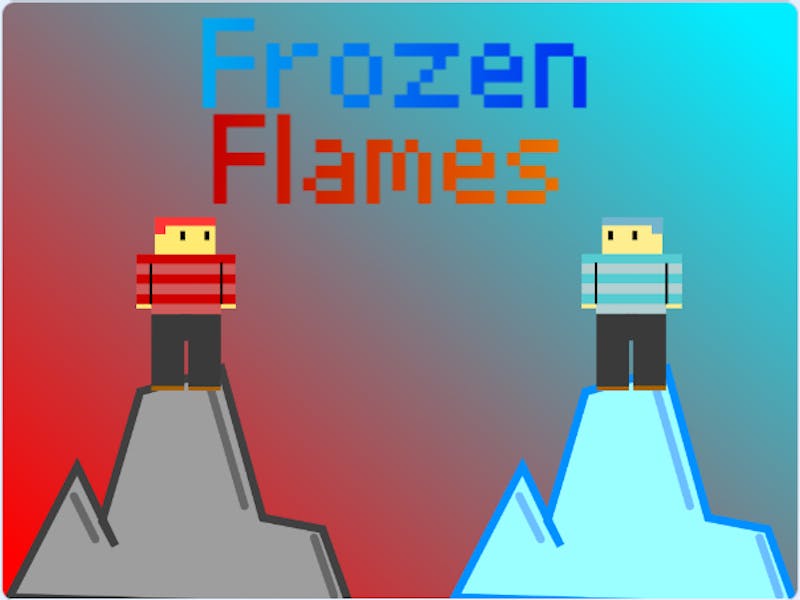