Virtual CodeDay Winter 2021
Deer Bot is a discord bot that utilizes the language discord.js (node.js). It is programmed on Visual Studio Code (which in the future we might transfer my code to repl.it), and the server is hosted on Heroku. The bot has a few commands, such as ban, kick, coin flip, etc. This bot is not finished yet and there are still more things that we wish to add to this bot. The reasoning to the name "Deer" is because the developer has a weird obsession with deers (he believe it's his spiritual animal...). The repository is saved on GitHub. The syntax for the bot is "d!" This bot might go offline someday, due to Heroku's free server hosting service is not 24/7 and there is a limit to it. Monthly this bot can have 550 dyne hours.

My master has taken computer science classes for 3 years and is in AP Comp Sci A. He might be lazy and sometimes dumb at some times, but when it comes to programming, he just can't stop typing hehe. He's mostly familiar with C++ and Java/Javascript (even though he hates Java/Javascript). 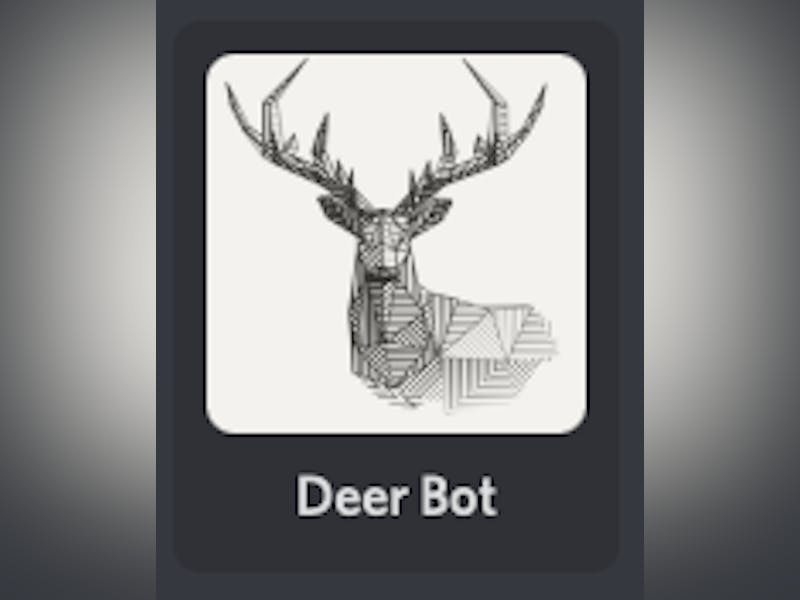 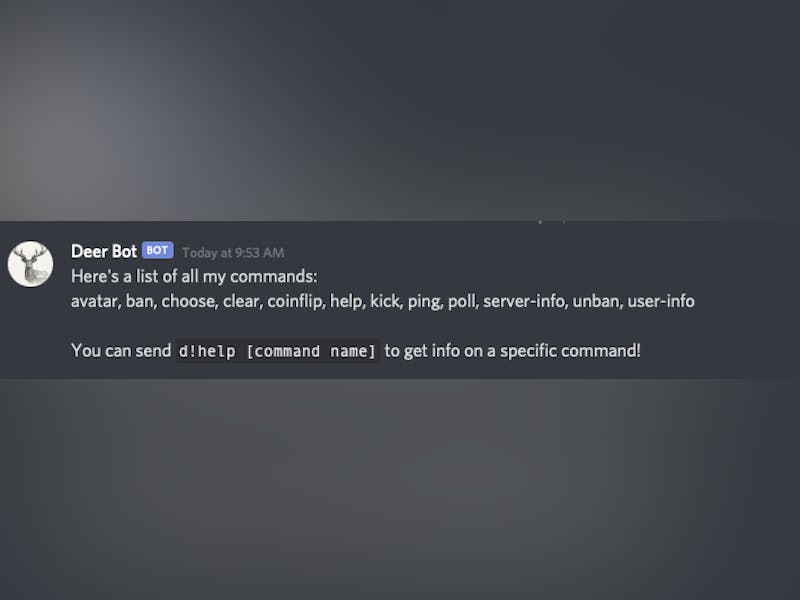 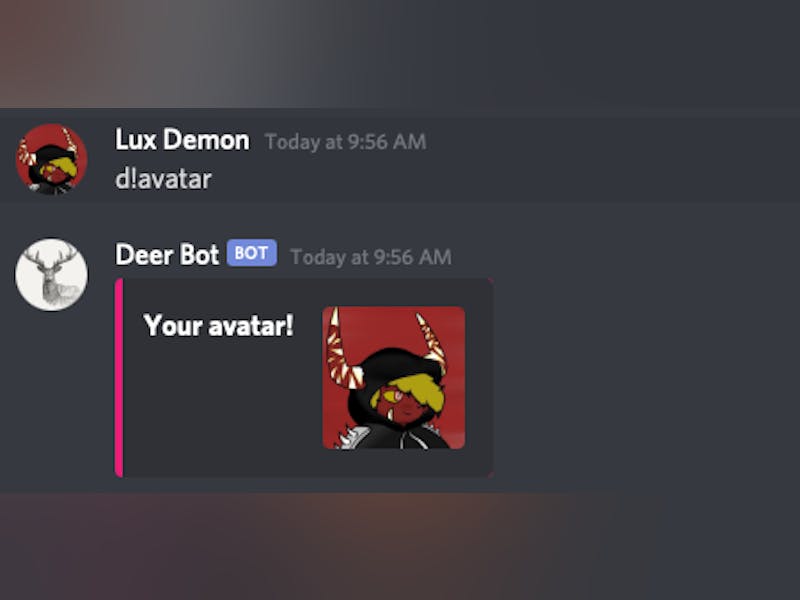 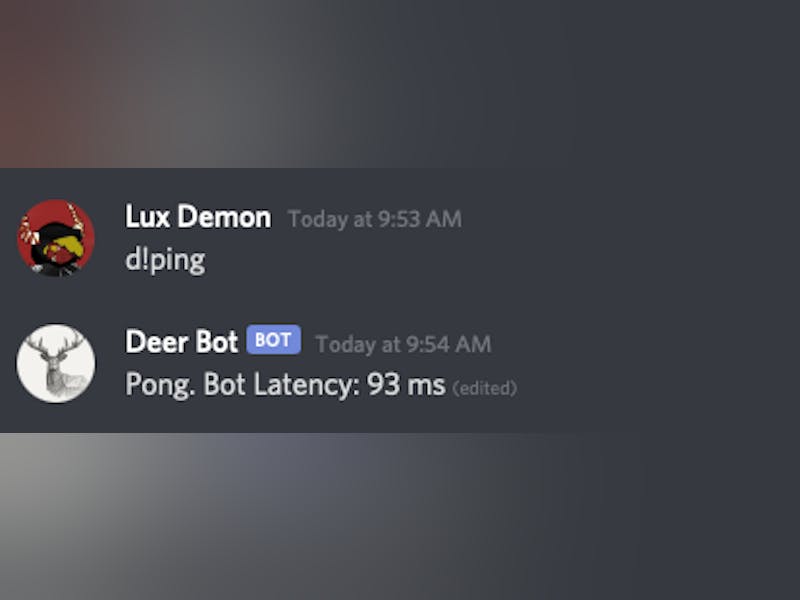 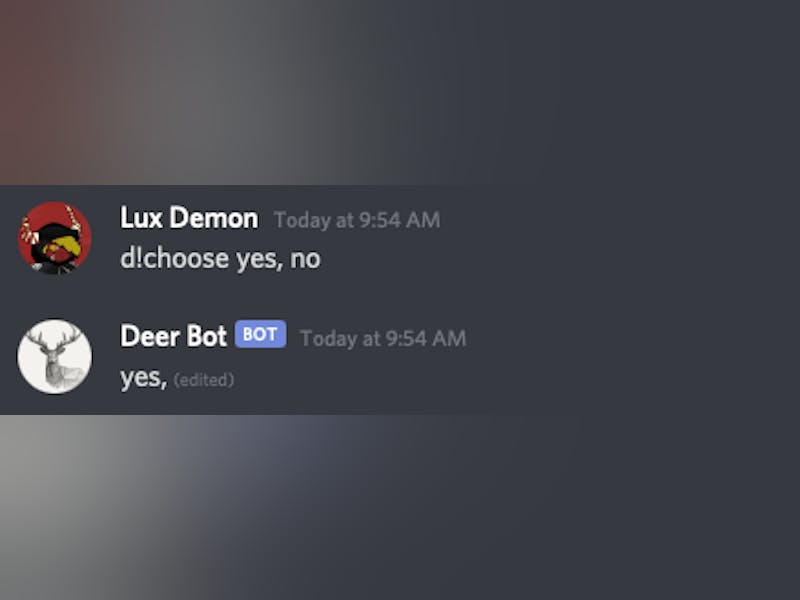