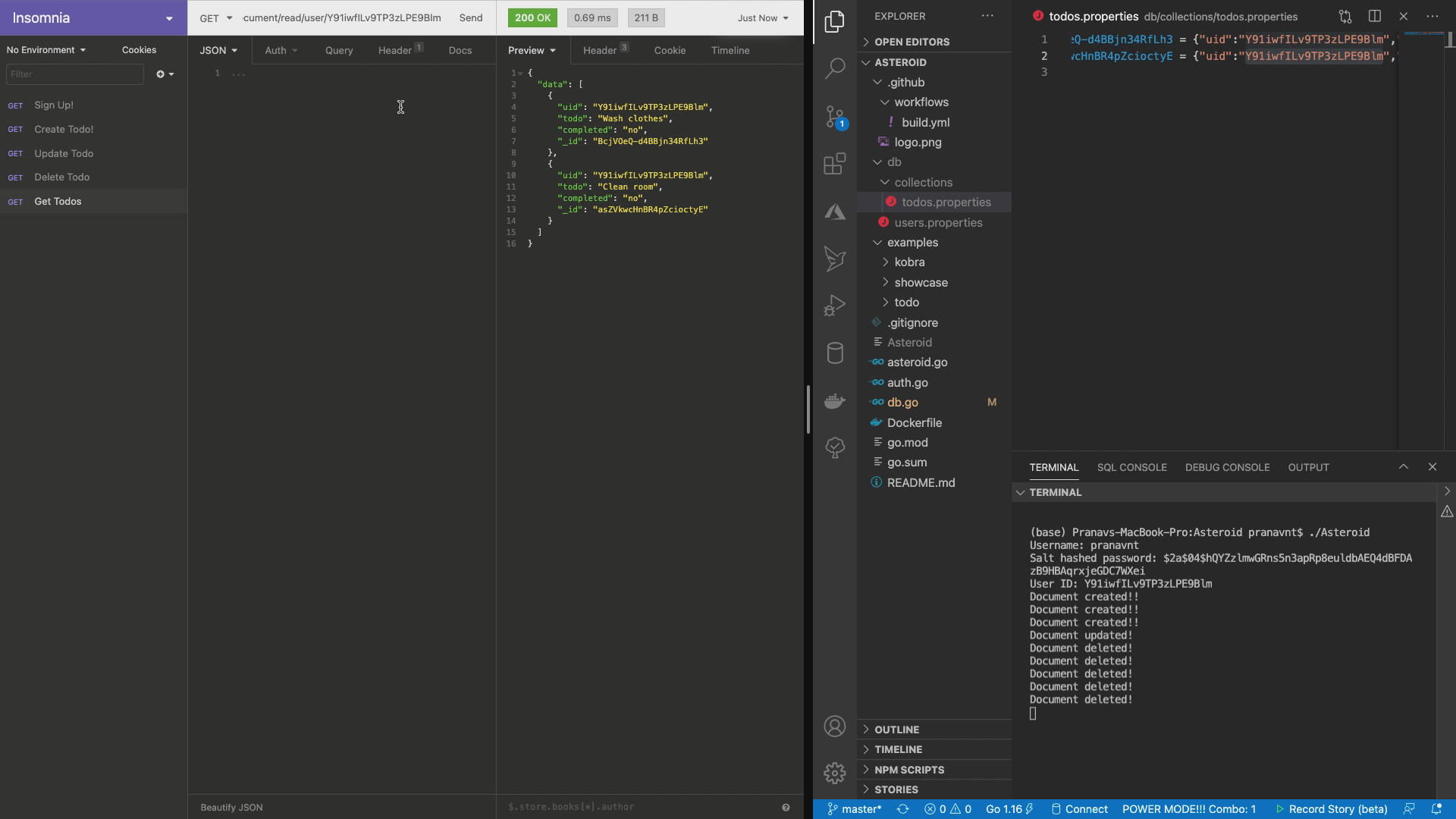 Virtual CodeDay Winter 2021
Asteroid is an intuitive NoSQL database that natively supports authentication and common database operations! It functions as a web server that receives HTTP requests, meaning that users can write all their code for a full-stack app client-side!

Asteroid is written entirely in Go, and we used the Mux package for routing. Additionally, we used `.properties` for key-value storage. Finally, we used GitHub Actions for continuous integration.

Pranav: This is my first major project with Golang. I previously had built a very simple CLI with Go, and this is also my first time writing HTTP servers in Go. Additionally, this is my first time using Go modules, which were quite confusing to initially set up.

Hitesh: Also first major Golang project. We previously worked together on the simple CLI a few months ago that ended up being made in Node. I have created APIs before and also have a good amount of experience with NodeJS. 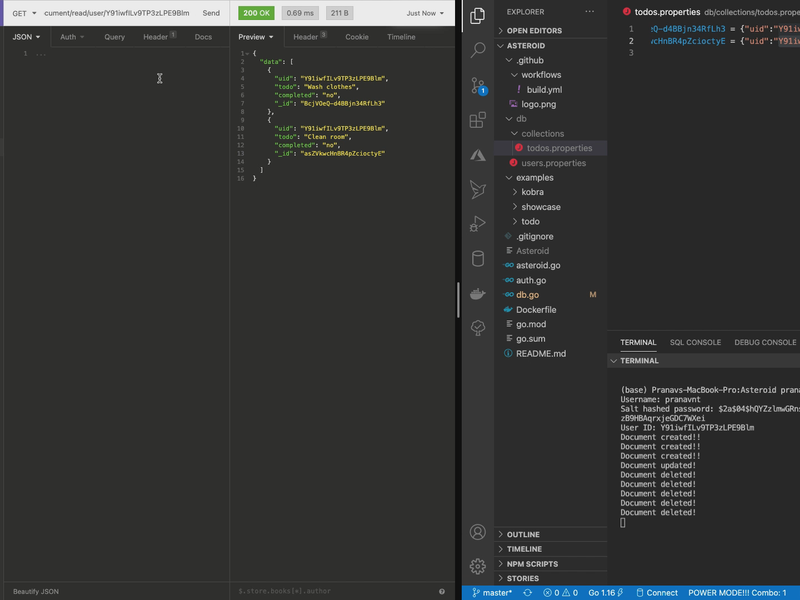