I am building it using Next.js, React, React-Bootstrap, and MongoDB.

--
Post-development comments:
I began this at 11 AM CST Saturday and finished at 11 AM CST Sunday. I spent probably around 8 hours working on getting the registration flow working, and another 8 or 9 hours trying to figure out authentication. I originally intended to use passport.js but realized that passport.js is built specifically for express, so I found next-iron-auth. I struggled with next-iron-auth for quite a while, but once I got it figured out, the rest of the project went quite smoothly.

I have experience with basic HTML, CSS, and JavaScript dating back to 2012

My first public website was in 2014 built using jQuery Mobile with a dashboard made with Bootstrap and jQuery backed by a MySQL database and PHP for server-side code.

I am currently a college sophomore majoring in Software Engineering and I have an internship where my primary responsibilities include making changes to legacy VB6 codebases and maintaining .NET Core (C#) projects that are on their way out the door. I also do some Node.js pair programming with my team on cloud-native applications that are replacing the previously mentioned VB6 and .NET Core projects.

I just finished a class that was my first introduction to React this past week, and I had not heard of Next.js prior to Saturday, so most of my time was spent learning Next.js 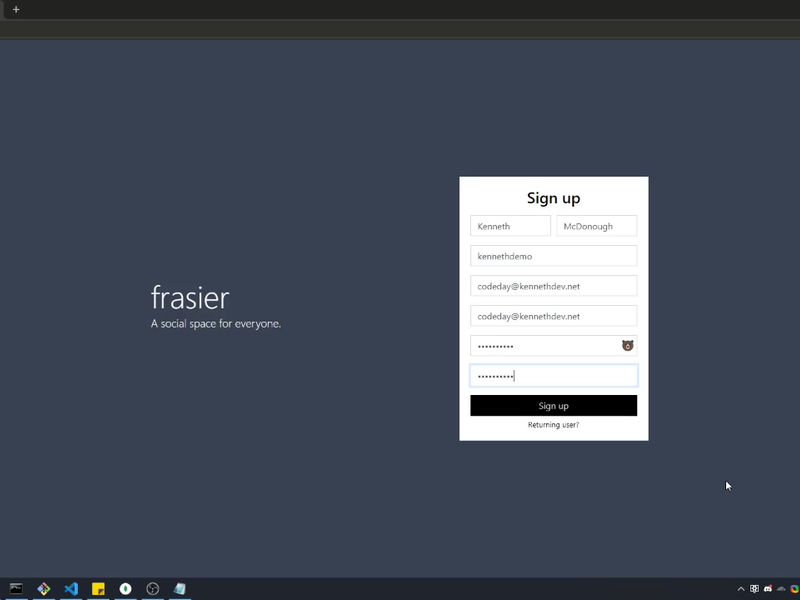